This year, I have fallen behind in my photography pursuits. It’s in part due to the events in February, and part due to not having the funds or time to get out as much as I’d have liked. I’ve been looking through some stats tracking the number of photos I’ve taken over the past few years, though a better metric is to look at the number of “good” photos that have made it onto my flickr page. Here’s a short breakdown:

For all years before 2006, there were less than 200 images shared publicly. This trend does mirror the trend for total photos taken, according to my iPhoto library. It appears that 2009 was my busiest year, which surprises me because I had so many photos I liked from 2010 that I ended up splitting my yearly album into two books. The numbers above don’t include any portrait sessions and ballroom dance events that I photographed, many of which have yielded some satisfactory results, but which I don’t post on flickr for privacy reasons.

Despite the low volume of shots, I still have some images and memories that I am quite fond of. I went through my 2013 photographs and picked out what I feel are the best 10 images from the year: 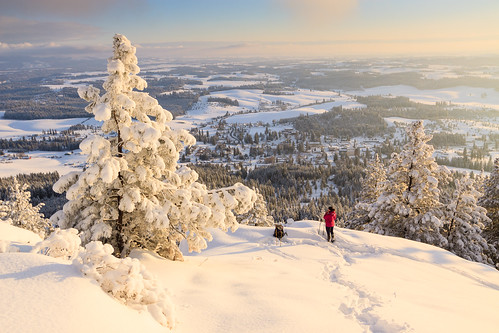 View from Spud Hill
I went snowshoeing with two of my friends on this beautiful afternoon. We made it to the summit of Spud hill, a 2-mile hike with a 1000 foot elevation climb. 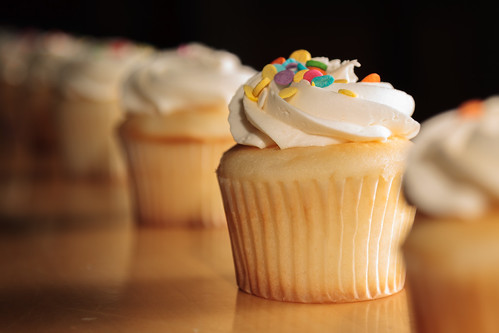 Food Photography
Tonight's photo club meeting topic: Food. We focused more on the use of lighting rather than food presentation. While the club does have a cheap studio lighting set, I found that you can do a lot just with a speedlight mounted on the camera. In this case, I had my 580EX II pointed to my right while someone else held a reflector disk on the silver side. Turn down the shutter speed to 1/500 second to under-expose the ambient light and you have some neat lighting effects on the cupcakes. Really, this can be achieved with any hotshoe flash with the ability to rotate its head. The reflector belonged to someone else who purchased it for $16 at Amazon.com. It really doesn't take a fortune to set up some good lighting. I never thought I'd be sharing any of this set on flickr, but I really liked how this turned out. Apparently this made it to Explore. Neat. 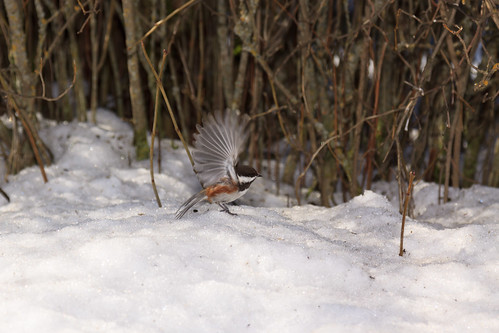 Chestnut-backed Chickadee
Another shot from a series I am calling "Chickadee Misfires" because I just can't seem to time it right to get them sitting still. 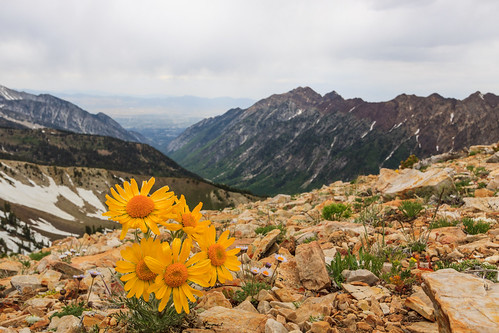 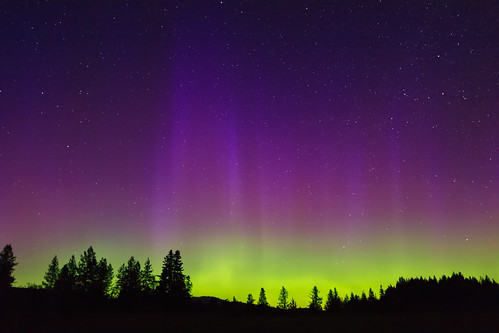 The Northern Lights
Last night we had one of the strongest geomagnetic storms I've encountered at Kp 7. While the display wasn't quite the pulsing curtains from the last one I photographed, this one was extremely bright and after my eyes adjusted to the darkenss, I could even make out the red band a bit. As of the time of upload, the storms are still going strong, though over Russia right now. There's still a chance it could keep going into tonight. Thanks to Ryan McGinty for the tip-off. I would have probably slept through this otherwise. 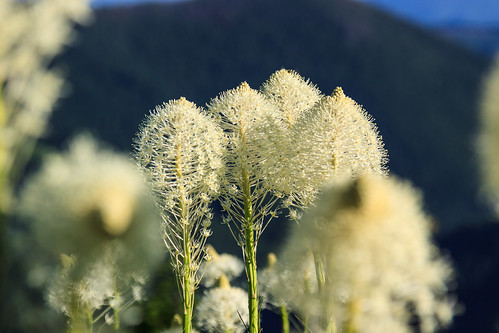 Beargrass
Of all the flowers, Beargrass is probably the most symbolic of "the West." It means you've reached those high sub-alpine meadows of the Rockies. 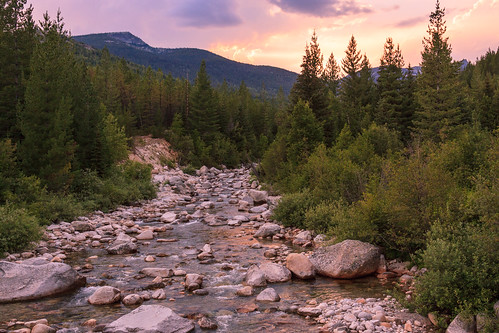 Pack River Sunset
A funny thing happened to us on Sunday. I wanted to show my parents a nice alpine lake in some big mountains with a short and relatively easy hike. We packed the car and headed up north for Harrison Lake in the Selkirks north of Sandpoint. After almost 4 hours of driving, we get within seven miles of the trailhead to find that it has been closed due to problematic bear activity. So, we hung out for a bit along the Pack River where the road crosses at a bridge. Eventually, I suggested we go to Roman Nose Lakes instead, and according to the GPS, there was a nice forest service road to take us over the ridge to the lakes. We get several miles in and discover a nice little pond on one of the creeks with a very nice campsite next to it. But just beyond, the road becomes impassible to my Subaru. A larger 4-wheel drive vehicle might have been just fine, but the road looks like it becomes an ATV trail. With two plans foiled, we hung out at the pond for a bit before deciding to head down to Sandpoint for dinner. However, at 4000 feet, the huckleberries were in season and more than abundant. It seems this road is not traveled very much. The huckleberries were also larger than any I'd seen before. Some of the berries were the size of blueberries. We spent and hour or so picking and ended up with almost a full gallon to bring home. So, although I didn't get to hike, I'm looking forward to some blueberry crumb cake. 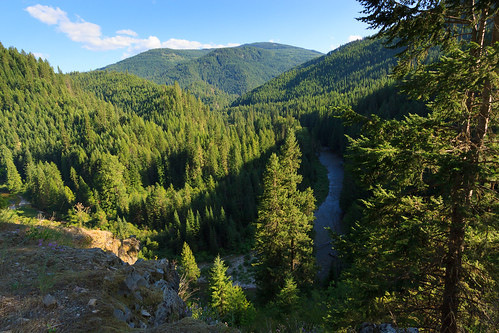 Marble Creek
Marble Creek is a tributary of the St. Joe River. It was once a main thorofare for the logging industry, but today, the forest has reclaimed its banks and the creek is a celebrated fishing river. There is still logging activity in the mountains above, though trucks now haul the trees off the mountain and much of the land surrounding Marble Creek is now protected. 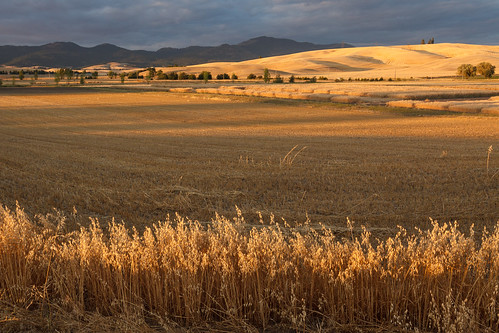 Palouse Sunset
I was driving home one evening and this awesome golden light was illuminating the wheat fields while an ominous dark cloud shadowed the mountains behind it. I happened to have my camera with me at the time. 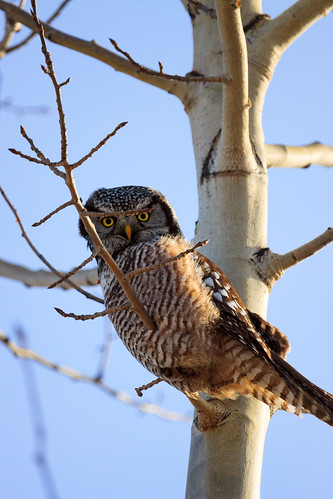 Northern Hawk Owl
Surnia ulula The Northern Hawk Owl is still in Moscow, so I went out with a friend of mine who happens to own both a Canon 100-400mm and a Tamron 180mm, both of which are substantially longer than what I currently have in my kit. This allowed me to crop in a little bit closer to the bird.

Of course, you can always see the entire set over at Flickr. Think I should have included some others in this list? Let me know what your favorites are.